Discover the latest technology in the satcom industry 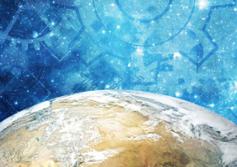 Rapid technological advancements have swelled into a tsunami of change resulting in great shifts within the overall IoT, M2M, and satellite-related industries. Business models and operations are undergoing fast changes, while increasingly revolutionary solutions are becoming available. One cannot help to think about potential opportunities that were previously unattainable as well as nascent possibilities that still escape one’s...
More

MCG-101 and emergency communications back up plan 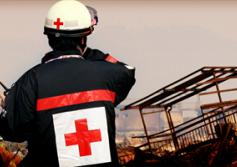 September 10 is the peak of hurricane season and if you haven’t already, now is the time to evaluate your disaster preparedness and assure you have considered all plans to their full extent. Studies reveal that more than half of all Americans (approximately 162 million people) live within 50 miles of the coast, and as many as 85 percent of the coastal counties have never experienced a direct hit from a major hurricane. There is no comfortable...
More

Posted by Tunde Findikoglu on Nov 30, 2015
Aurora MCG-101 Product Analysis PBX GPS SMS SIP POTS USB RS232 NMEA CAN bus
The MCG-101 was designed as an intelligent PBX solution using Iridium to operate as a telephone, Internet portal, GPS device, and SMS terminal. The core of the MCG-101 is a powerful processor with a complete PBX capable of dynamic call functions, and easy customization via a web interface. You can attach equipment or computers via Ethernet, serial, or Industrial CAN bus. The MCG-101 utilizes the latest digital technology which enables the system...
More