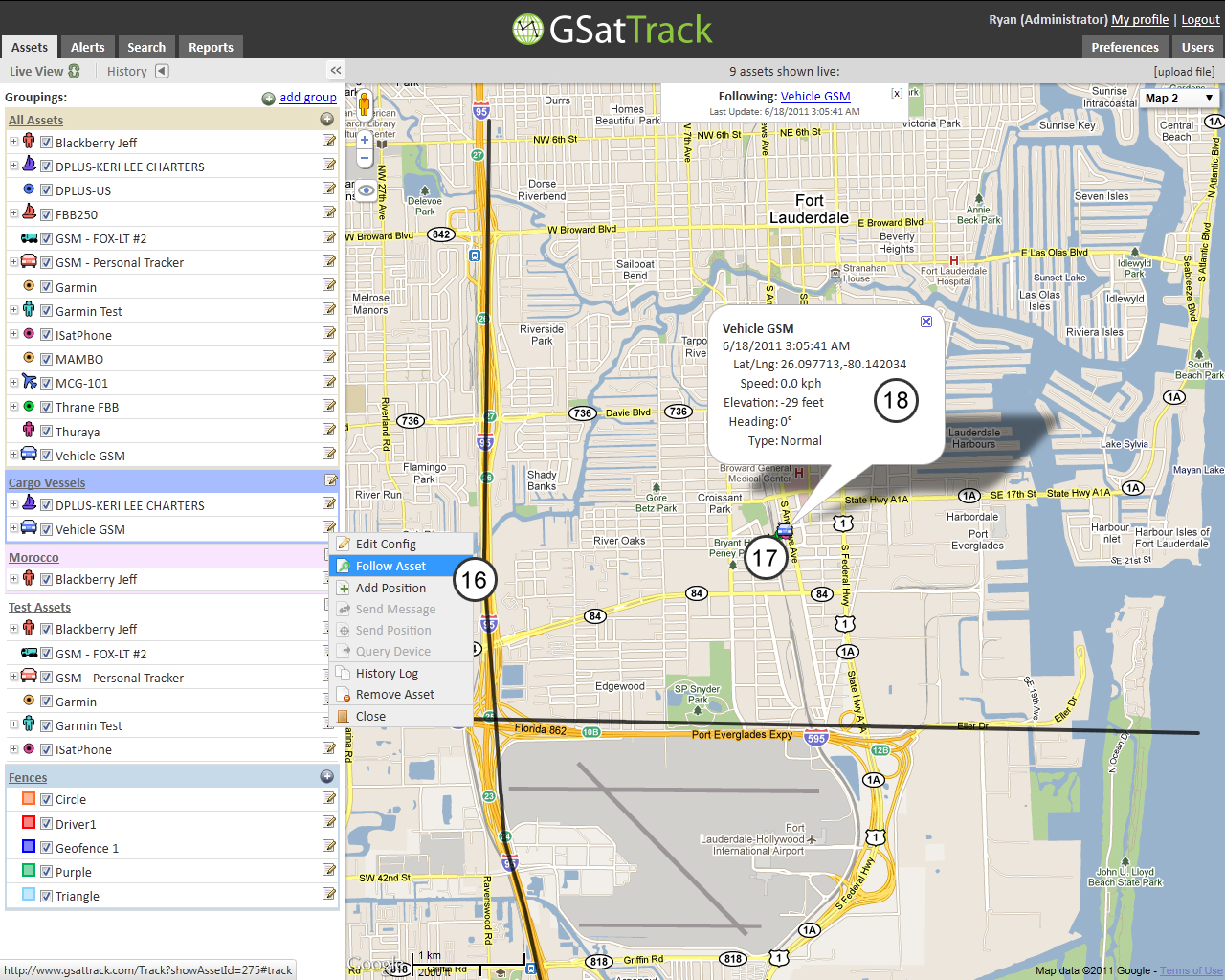 GSatTrack passed a beautiful milestone this week, turning 10 years old on Monday. We're very excited to look back at how far the product has come since 2011, and we're inviting you on this journey through time with us.

The first versions of GSatTrack were incredibly map-focused, as is the standard for most tracking solutions still. At the time, having a map interface with plotted position reports, assets, and interactive elements was cutting edge technology, and GSatTrack delivered that with a few breakout tools that really separated its service level from competitors. Since then, new features have been added, a complete UI overhaul occurred, and GSatTrack moved from basic location visualization to being a full-fledged data visualization platform. 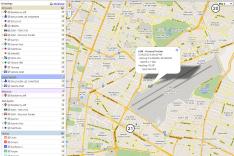 Early GSatTrack was a very tactical piece of software, and the UI was nowhere near as smooth, sleek, and beautifully designed as it is today. Just look at those FONTS! Can I interest you in some classic Blackberry-era icon sets? How 'bout I sweeten the deal with some old school devices like the Satamatics Sat-201? Still not sold? We've got the good old fashioned "print me out those directions" MapQuest tiles if you're feeling nostalgic, too. 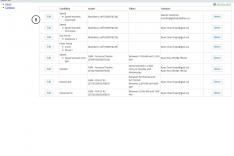 GSatTrack made sure people were aware of what their devices were doing, and where they were doing it. Alerts are still one of the most important and value-generating features in GSatTrack, and they were always part of the service. Being able to get notified of important events happening with a user's devices was a critical feature that defined early versions of the GSatTrack product identity. 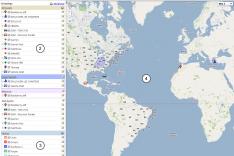 Still one of the most powerful and complex features of the portal, Geofences have been around since very primitive versions of GSatTrack. In fact, every one of our screenshots of the product from as far back as 2011 include Geofences somewhere in the UI. We've lost track of whether or not they were included as part of the MVP we launched with, but if they weren't, they didn't follow too far behind that release. Geofences provide such a significant augmentation of tracking capabilities for modern telematics, it's a wonder that so many tracking portals still don't have them.

When it came down to it, GSatTrack was helping people view their Asset activity in one way or another. Either they were rolling through the live locations or history views of their ecosystem's positions on the map interface, or they were running and viewing these events in the form of reports. The number of report types available in GSatTrack has nearly doubled since version one, and this feature continues to be one of the most important ones for large organizations that need a strong record-keeping tool for their assets.

Looking Ahead: What's Next? 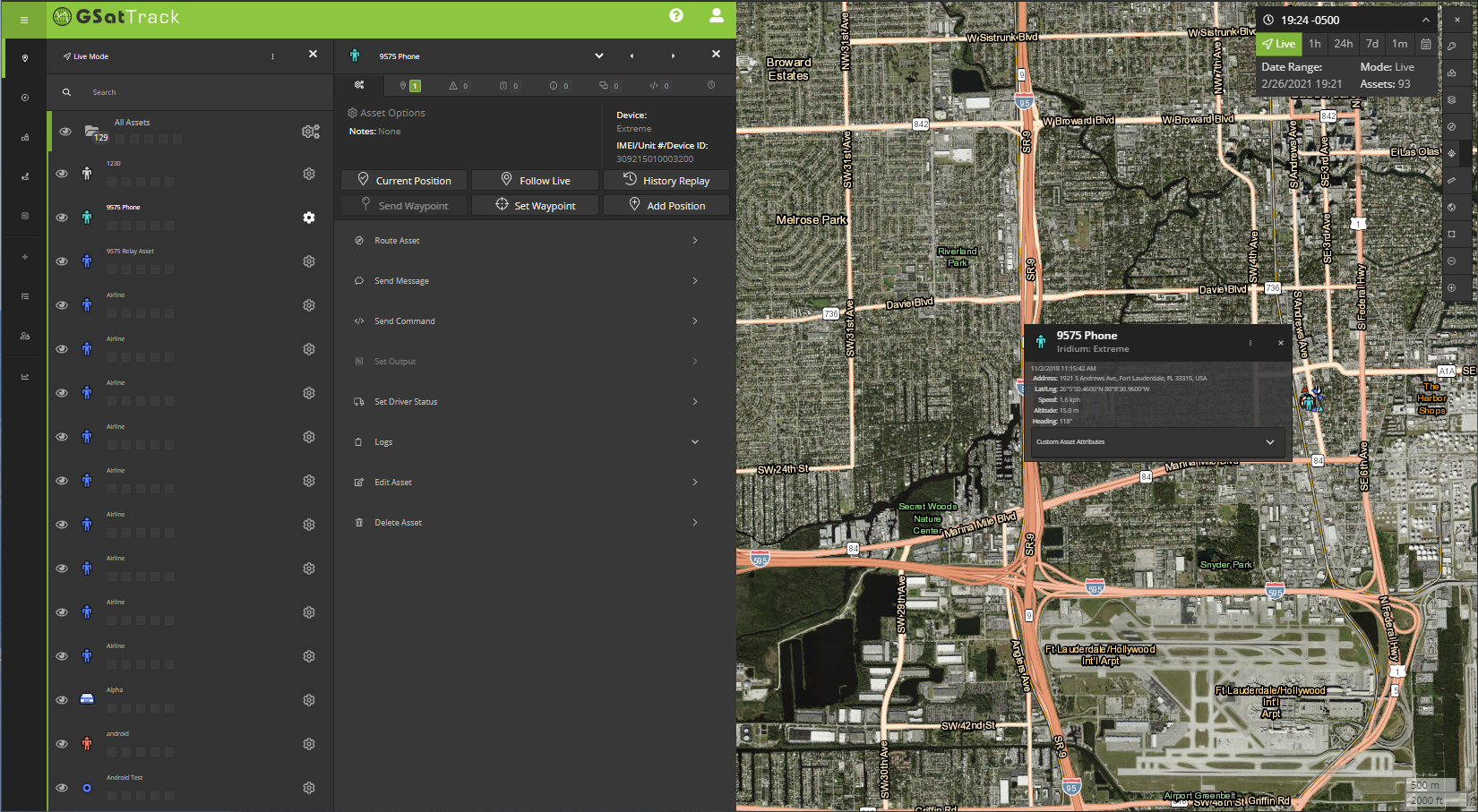 In its maturity, GSatTrack still goes through constant iteration to make sure it is always the best telematics tracking portal on the market. In a few short months, GSatTrack will begin tracking animals around the world with the release of the GSatSolar, and the feature packages in development to support cattle ranching, wildlife research and preservation, and other livestock tracking are poised to be the next major evolution of the platform's capabilities.

We always appreciate the feedback we receive about our product, and take pride in making sure GSatTrack remains the best available tool for everyone it serves. As GSatTrack continues to expand over the next ten years, we expect your comments, feature requests, and other feedback to be incredibly instrumental in shaping our continued development of the best solution for satellite tracking, and we look forward to hearing from you.

Justin brings an entrepreneurial background to GSE, and has been involved with the South Florida startup community since 2008, including a stint with Miami-based Rokk3r Labs. With Product Management and Product Development experience in over 20 distinct industries, Justin is always looking for opportunities to turn the boldest ideas into realities.